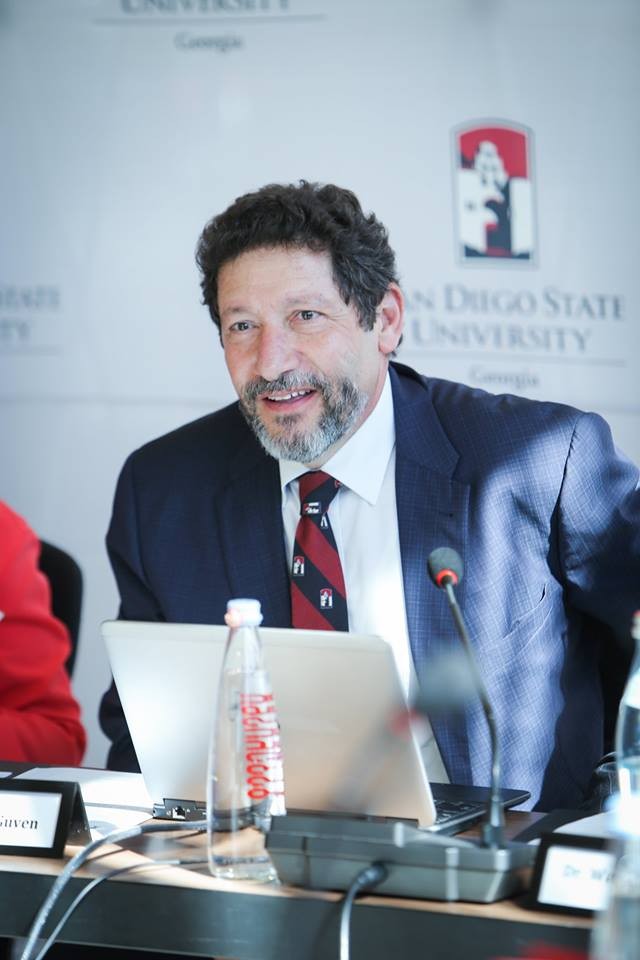 Upon successfully competing his first year as the interim Dean, as of February 1, 2019, Dr. Halil Güven will be appointed as the first permanent Dean of SDSU Georgia. From 2014 until his current appointment Dr. Guven was the Vice Dean of SDSU Georgia. Dr. Guven has a wide range of experiences in higher education and university administration including serving as Rector in three universities.

Dr. Güven is a Fulbright scholar who received his Ph.D. in 1983 from University of Houston in mechanical engineering with a focus on alternative energy and technology transfer to developing countries. He received his B.S. in mechanical engineering from Bogazici University (Istanbul, Turkey) in 1978. Dr. Guven joined SDSU in 1984, and during his tenure at SDSU, he founded and directed two centers, the Energy Engineering Institute (EEI) and the Industrial Assessment Center (funded by the USDOE).

In 1995-1998, Dr. Güven served as the Director of International Development for SDSU College of Extended Studies in charge of developing projects in Central Asia, Middle East and Eastern Europe. His work at EEI received numerous awards from the California Energy Commission, along with the ‘Energy Innovation Award’ from the USDOE. He served as the vice-president and then the president of the San Diego Chapter of Association of Energy Engineers, received the International Energy Professional Development Award from AEE, Teetor Educator Award from SAE and the Distinguished Engineering Educator Award from San Diego Engineering Societies in recognition of “devoted services to the engineering profession and community".

Dr. Guven is experienced in ABET, and international accreditation issues. Having worked in academic leadership roles in a number of countries in the European Higher Education Area, Dr. Güven is also experienced both in the Bologna Process reforms, and the European accreditation and institutional evaluation programs. Dr. Güven’s research interests include higher education reform and change management in higher education institutions, sustainability and building energy efficiency, energy systems optimization and alternative energy. In addition to energy systems and alternative energy, Dr. Güven has also published book chapters, and co-edited two books, on leadership, globalization, and clash of civilizations.